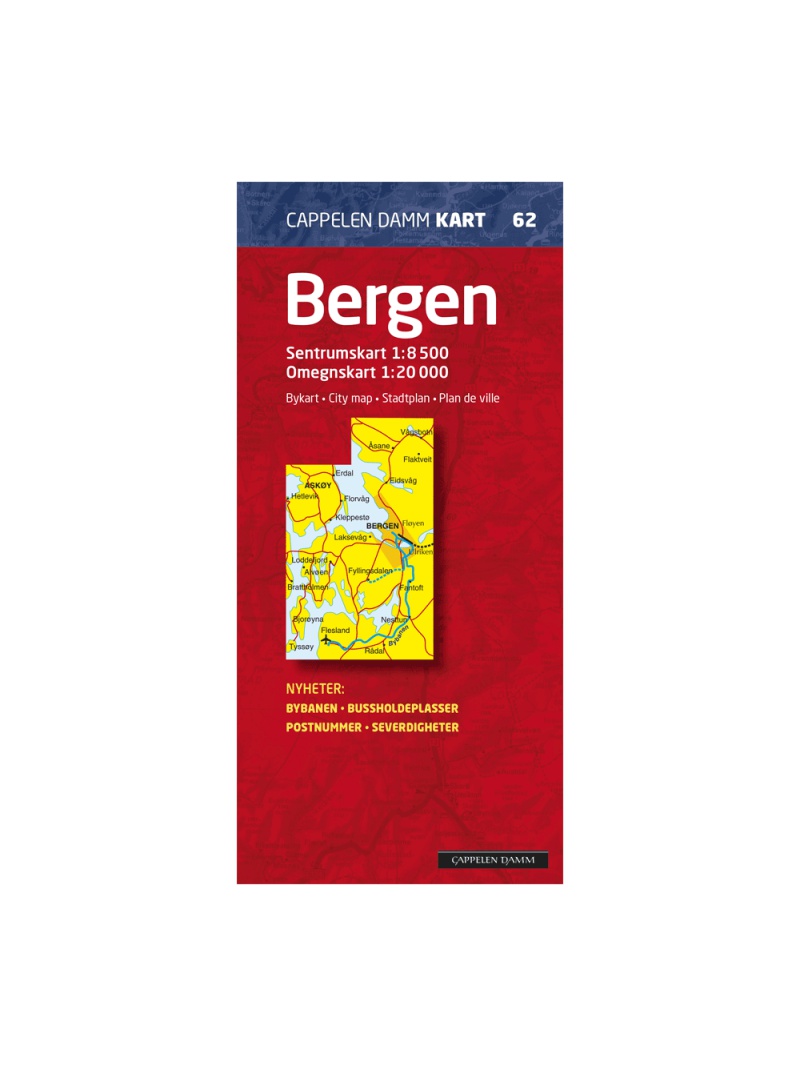 General map of Bergen and surroundings.

Informative texts only in Norwegian, English, German and French.